Getting from Barcelona to Valencia Travel Guide

Both Valencia, with its eclectic mix of both modern and historic architecture, as well as Barcelona, the vibrant capital of Catalonia are incredibly popular holiday destinations for many Spanish vacationers.

If you happen to be travelling to Spain and thinking of combining a trip to both of these beautiful cities, then you may be wondering how exactly to travel from Barcelona to Valencia (or return).

If that’s the case, then look no further. In this guide I will provide you with all the relevant information you may need in order to decide the best way to do so for you.

Whether you are thinking of doing so by air, train, bus or car, I’ve got you covered!

Continue read to learn how you can merge your Valencia and Barcelona itineraries, and whilst you’re here, make sure to go check out my post on all the tips you may nee for visiting Barcelona for the first time!

Given the relatively short flight time, at only 1 hour direct, it would make sense that a flight from Barcelona to Valencia would likely be top of your list on how to travel between these two cities.

Currently, only Iberia Airlines and Vueling fly on this route, but unfortunately, they don’t offer very many flights, making your options very limited.

Operating around 1 or 2 flights daily (except on Saturdays when there are no direct flights), you can usually only fly between Valencia and Barcelona either in the morning or the afternoon.

So, as you can see, the options are somewhat limiting. Thus, considering a different mode of transport may end up being a be the better option if these times just simply don’t allign.

Generally, you could expect to pay from around the €60 mark or more for a one-way ticket if booking well in advance on these direct flights. If booking last minute, these prices can often be much higher. Ultimately, it depends on availability at the time of booking.

When booking your tickets, be careful to read the fare rules carefully as many European carriers, including Iberia and Vueling, sell different fare structures. Some of the more discounted tickets often do not include any checked luggage. If you do require it, you would usually have to pay additionally.

Often, paying for the checked luggage in advance not only saves you time at the airport but can also save you money when pre-paying it online. Many times, it would cost more if you had to pay for the luggage at the airport itself versus online.

Barcelona’s El-Prat Airport is located a little way outside of the city centre. It should take roughly 40 minutes to get from the airport to the city centre using the Barcelona metro system (the TMB).

Of course, you may also opt to take a taxi from Barcelona airport to the city centre, although this option would be more costly.

You could download AppTaxi app onto your phone that will also provide you with a route calculator to check what a taxi would cost you. This will naturally depend on exactly where in Barcelona you need to get to.

I also have to point out that Uber is not currently available in Barcelona. Uber pulled out in early 2019 due to new stricter laws imposed by the Catalan government. Both Uber and Cabify pulled out, although Cabify managed to find a work around and has re-entered the market.

In saying this, when we travelled to Barcelona, many recommended just using the available taxi services. Given that the city is pretty compact, it’s not too expensive.

Personally though, I just prefer to catch the metro. Found it very convenient and easy to use.

Similar to Barcelona, Valencia’s airport is also situated outside the main city centre. But again, is also connected to the city’s subway network, the Metrovalencia.

The journey from the airport to the city centre would be on either Line 3 (the red line) or Line 5 (the green line), depending on where you will be staying in Valencia. It should take you just under half an hour to get in from the airport.

Even though, at first glance, it may seem that flights from Barcelona to Valencia would be the quickest way to connect between the two destinations, catching a train may actually be quicker.

If you keep in mind the time needed to travel to and from the airport, pre-flight procedures such as check-in and passing through security plus the actual flight time, then travelling from Barcelona to Valencia by train may in actual fact be your best bet!

Spanish rail operator Renfe, operates a very reliable and comfortable high-speed rail service throughout the country. Travelling between these two cities is no exception.

With the EUROMED high-speed trains connecting Valencia to Barcelona (and return) in just over 3 hours per way, it’s not a bad option at all.

Also taking into account that the fare is more than half of a flight price, ranging from as low as €20 or slightly less, depending on the service booked, it’s well worth it.

In order to bag these cheaper rail tariffs, it’s a good idea to try book in advance. Although, you can generally only do so around a month in advance on the Renfe site.

Do take note that although the EUROMED service is pretty fast, there are also a range of much slower trains that run on this route too.

Given that there are just under 20 departures almost daily, you are spoilt for choice. But, be sure to check the journey time when booking as some of these trains travel for 5 hours or more!

On weekdays the Barcelona to Valencia train service starts operating at 06:05 am up until the last train departure at 20:30 pm.

On weekends, times may vary ever so slightly, either starting a bit later or ending a bit earlier. You can consult the Renfe site to verify exact schedules for your travel dates.

Upon the return, the Valencia to Barcelona trains start departing at 06:20 am up until 20:31 pm at night. Again, these times may vary slightly over weekends.

Whilst in Barcelona the trains tend to depart from or arrive into the Barcelona Sants train station.

My last recommendation in terms of public transport, would be to travel by bus. Although this option is by far the longest route to take.

Bus company, ALSA, operates daily bus services between the two cities. With fares starting from as little as €5.00 if you book well in advance, it is also a very inexpensive way to travel.

Note: Do be aware when booking these cheaper fares that they are generally non-changeable and non-refundable, meaning you cannot cancel them later down the line. When searching and booking on the ALSA website, these rules will be clearly indicated on the results page.

The Barcelona Valencia Bus service starts operating as early as 01:00 am in the morning, with numerous departures throughout the day, up until the last departure at 22:00 pm.

On the other hand, the Valencia Barcelona bus service starts operating around 00:15 am, running till the last bus departs at 20:00 pm at night.

When taking the bus from Barcelona to Valencia, you could do so either directly from the Barcelona Airport or from Barcelona’s Estacion del Nord which is located in the city centre.

In Valencia you would take the bus from the Estación de Autobuses de Valencia, which is located in Carrer de Menéndez Pidal 11 in Valencia.

Driving from Barcelona to Valencia by Car

With the distance from Barcelona to Valencia being roughly 350 kilometres, the journey time when driving by car should take 3 and a half hours via the AP-7 motorway.

Hiring a car and travelling between the two cities is a great way to also explore more of Spain’s eastern coastline, perhaps with a few stops along the way.

It will of course give you greater freedom to see places you may have missed out on if only relying on public transport.

Considering that travelling via the AP-7 highway would be one of the quickest routes, I also have to make you aware that you will find both tolled and free motorways in Spain.

In fact, the AP-7 would be a tolled road. It’s generally easy to tell which are free and which are tolled. Tolled road names normally have a P in the name – example AP-7, whereas free ones don’t. Example being the A23.

I found this motorway map online and find it super useful in checking which roads would be free versus tolled. I think it sets it all out quite nicely and is pretty handy, especially if you plan on travelling more by car throughout other parts of Spain too.

If you are considering renting a car for the duration or even for only a part of your trip, then I can happily recommend you go look at RentalCars.com.

They are a comparison site that will provide you with rates, availability and terms of several car rental agencies all in one spot.

We’ve used them before personally and found their site to be fairly user friendly and the booking process pretty seamless too. Plus, the rates are great too!

Where to stay & What to do in Valencia

Whether you’re planning to stay only a night in Barcelona or Valencia, or more, you may want to book a few tours and activities or complete your accommodation reservation.

If that’s the case, then have a look at the links below for rates & availability for both Barcelona and Valencia!

Click here for rates & availability through this Booking.com link for accommodation in Valencia or here for Barcelona accommodation.

Top Tip: Read my post on awesome night-time activities you can enjoy when visiting gorgeous Barcelona and add these to your itinerary!

Whether you are taking a Barcelona to Valencia flight or traveling by train, bus or car, getting between these two fabulous Spanish cities should not be difficult at all.

Have you already travelled this specific route before?

In that case, I’d love to hear your thoughts as well as any other input you feel I may have missed out on.

If you have any insider tips or have any other questions that I may not have covered, then feel free to comment in the comments section below. 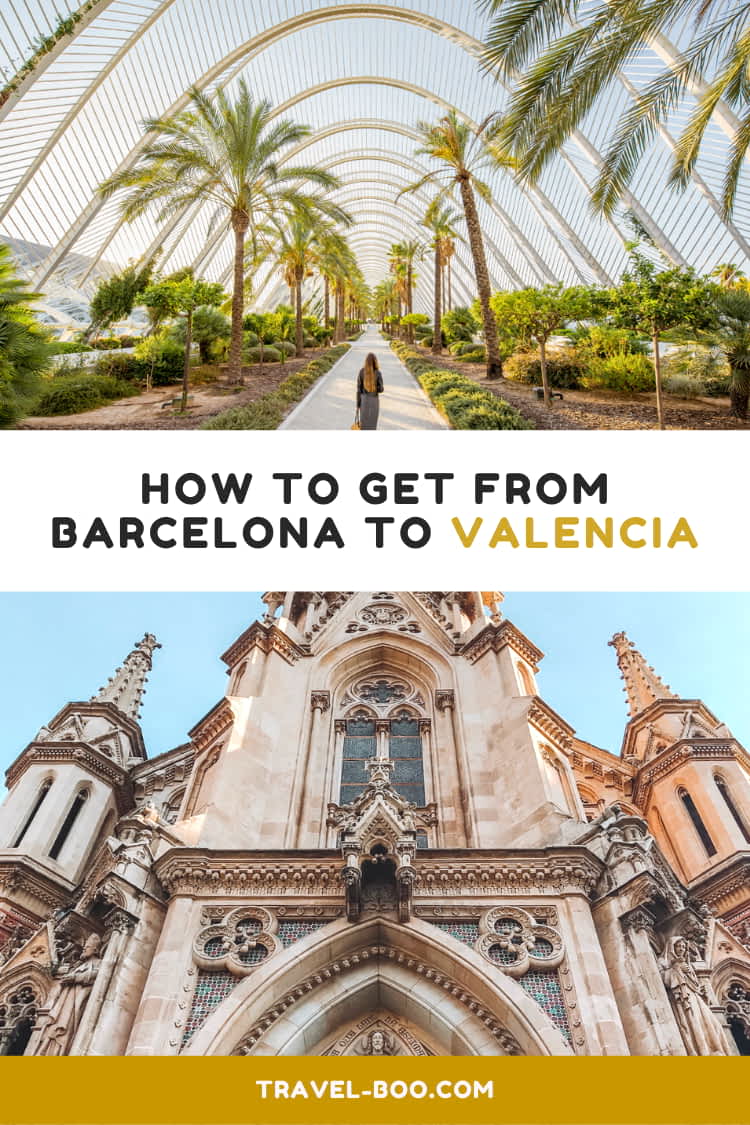 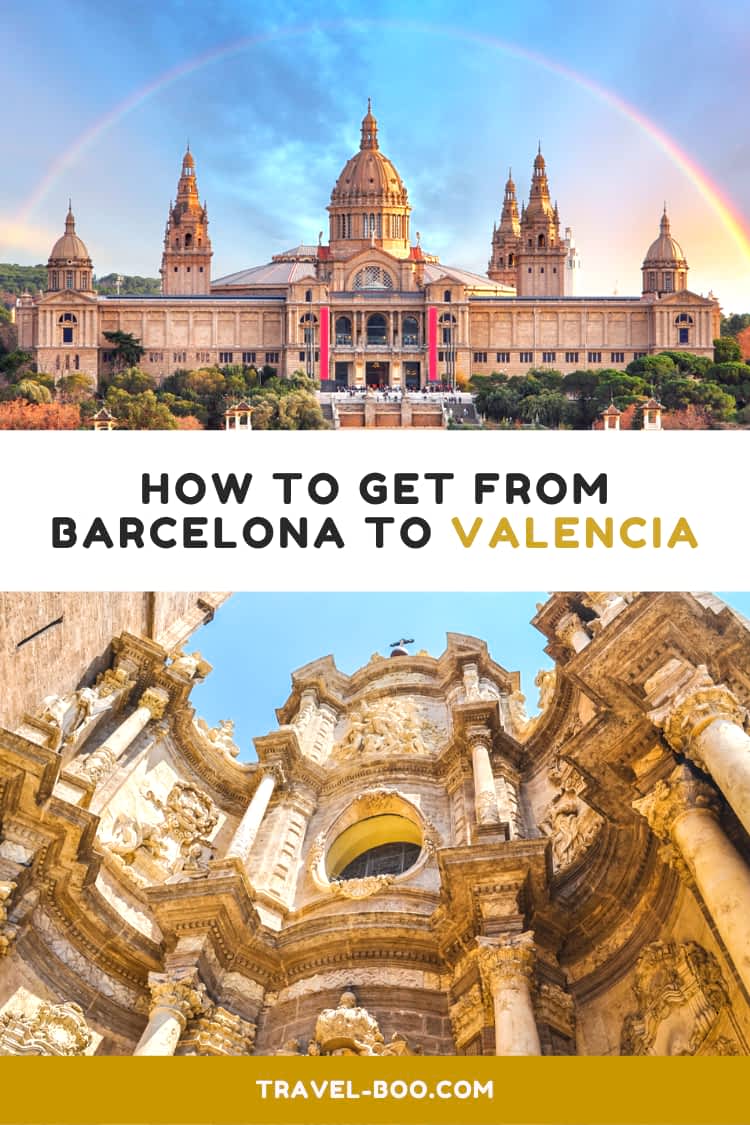 How to get from Malaga to Barcelona

Travelling from Malaga to Granada 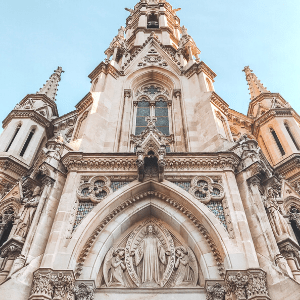