It doesn’t get more iconic than the gorgeous Acropolis, towering over the city of Athens. On our very first visit, staying at the Central Hotel in Athens, we got to enjoy the incredible views of this historic site from our hotel rooftop bar. Even more stunning at night when the complex is illuminated!

The Athenian Acropolis is undoubtedly one of the most fascinating places to visit in Greece and definitely one of the top things to include in your Athens Itinerary.

With its rich, complex and colourful history as well as some uniquely intricate ancient buildings you’ll want to learn more about the Acropolis before you visit the ancient site.

Here are some of the most interesting facts about the Acropolis. 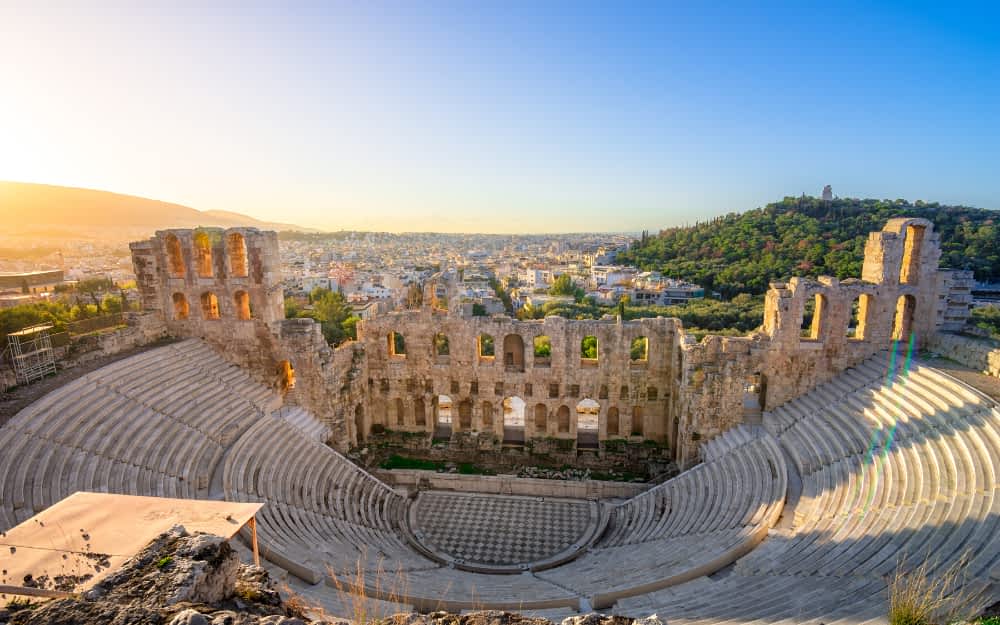 1.    The Acropolis Changed From Militarily Strategic to Sacred

With its position above Athens, the ancient Greek Acropolis was always important for military defence. In fact, the first defensive wall was built here in the 13th century BC.

It became a sacred place when a temple, dedicated to Athena Parthenos, was built in the 6th century BC.

2.    The Parthenon Was Built to Celebrate a Victory Over the Persians

While the Parthenon was built as a sacred temple of Athena, it was done to celebrate a great victory. The statesman Pericles directed the massive undertaking, with thousands of artists and labourers spending 50 years on the task! Clearly, it was built to last.

3.    It’s Been a Religious Centre for Various Religions

The beautiful city of Athens has been conquered many times over in its history. And what new ruler would not want to use a site like this to represent their own religion and victories?

Because of this, the Parthenon has been a Byzantine cathedral, a Catholic cathedral, and a Muslim mosque. The caves of the Acropolis have also been used as the site of different cults, including the cults of Apollo, Zeus and Pan. You’ll also find a small Christian church on its slopes. 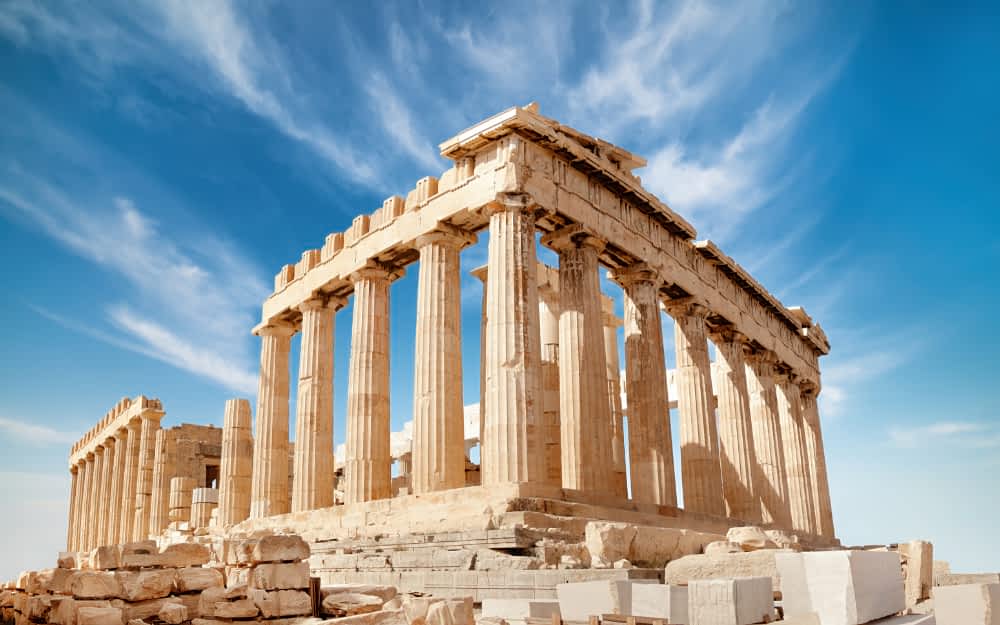 4.    We Still Don’t Know How They Built the Acropolis So Flawlessly

When we say flawless, we mean not even a needle could have been inserted into the grooves, the marble pieces were so well-fitted.

Thousands of hours and state-of-the-art technology has been put into the restoration of the Parthenon and surrounding buildings. But still, we can’t do as well as they did over 2000 years ago.

5.    Transporting the Marble Required Was an Immense Task

The marble used to create the shining Parthenon was quarried 10 miles from Athens. The ancient Athenians used mallets and iron wedges to create the massive blocks and then transported it all the way to Athens and up the hill. This task alone feels like enough to make any god proud.

6.    The Acropolis Structures Were Originally Painted

Ancient Greece and Athens used a great deal of colour in their sculptures, relief sculpture on friezes, and their paintings. The marble has long since turned white, bleached by the sun and the elements.

You can still see light colours on some of the sculptures, and modern technology has been used to give us a sense of what they looked like in their heyday. They were bright and flat-coloured, in a way that would have been easily visible from a distance.

Interestingly, this colouration has been hotly contested for many years. The neoclassical art movement romanticized the gleaming white perfection of the marble, and gaudy, bright colours strongly contrast with this picture. 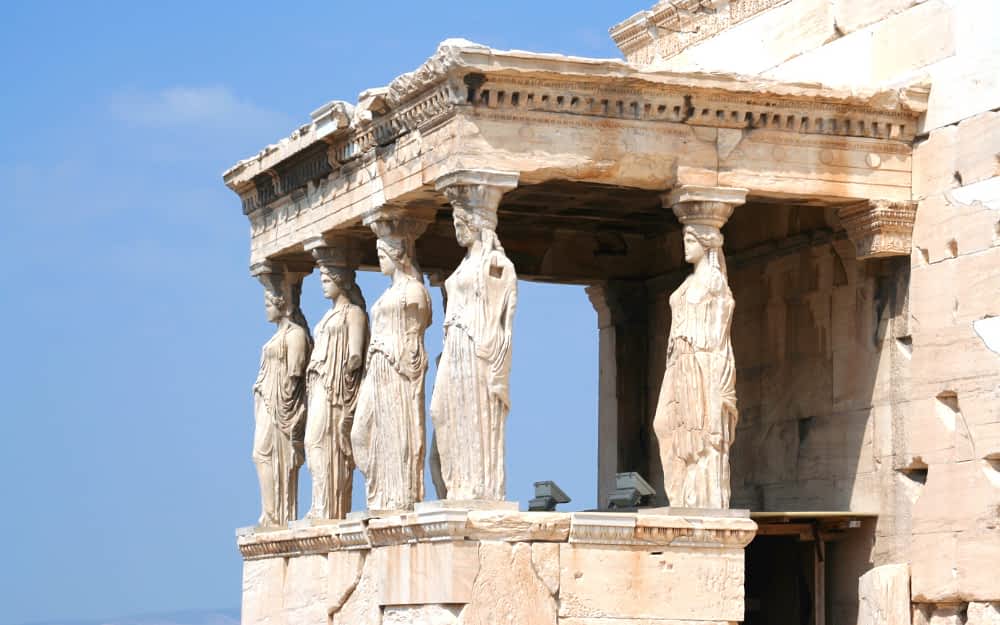 7.    Most Damage Done to the Acropolis Was Done in the Past 300 Years

The Parthenon has been rising above Athens since the 5th century BC. That’s over 2400 years that the immense, inexplicable structure has survived. In all that time, the most damage has been incurred over the past few centuries.

In 1687 the Parthenon lost its roof when a Venetian mortar exploded the gunpowder that was stored there. Later, Venetian admiral Francesco Morosini tried to remove some of its most beautiful sculptures and destroyed them when the pulley broke.

After this, many travellers came and carried off artefacts, believing that they would be destroyed anyway.

8.    Many Acropolis Artefacts Are Housed at the British Museum

This may not seem like an interesting fact, since museums trade and borrow historic artefacts all the time. However, this is a little different. In fact, the British Museum refuses to return the artefacts to Greece. Some of these are even the marble friezes that document the victories that led to the Acropolis of Athens’ creation.

These sculptures and friezes were stripped from the Parthenon during the Ottoman reign when many felt they were saving these historic pieces from destruction. And this may have been the case, considering how many priceless artefacts were damaged and destroyed over the period.

But now the Acropolis has its own world-class Acropolis Museum. And many of the pieces it houses are replicas of the artefacts in the British Museum!

Whenever you visit the Acropolis you’ll find that restorations are in progress. These have been ongoing for 40 years now, as every pillar and marble needs to be analysed and digitally reconstructed before putting it together.

The modern reconstruction is using marble from the same quarry as the original, these thousands of years later. It’s also having to undo and redo a lot of past efforts. This is because, without modern technology, many mistakes were made which leads to the further degradation of the structure.

The reconstruction has cost millions of euros and is set to continue for decades still. It’s Greece’s biggest project and one that’s well worth the effort.

Athens was named after its city patron, the warrior goddess Athena. Her ancient cult can be found all over Greece, but Athens is at the centre of her myths, with the Acropolis as the nucleus. So we’d be remiss to leave out some information on the fascinating Athena. 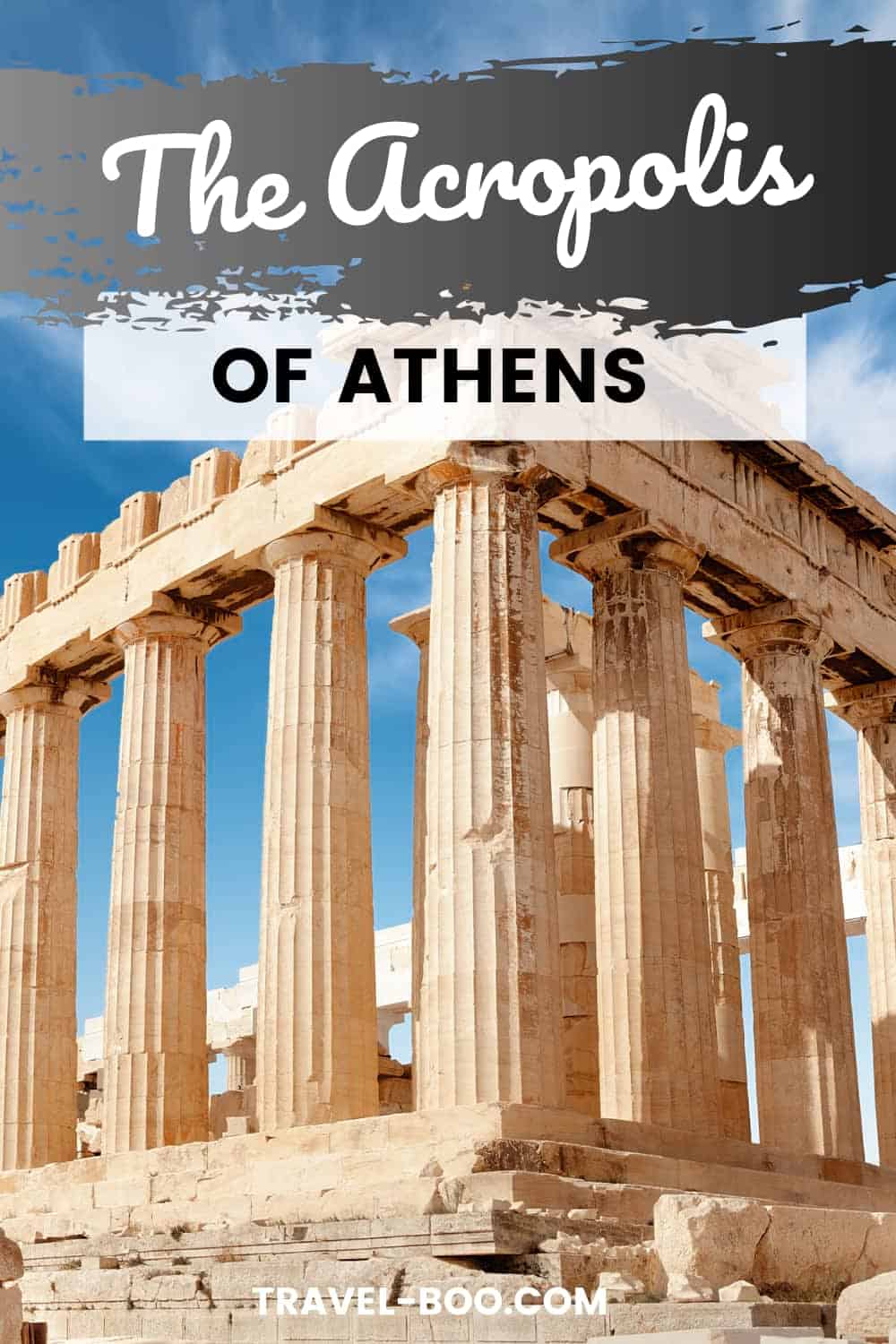 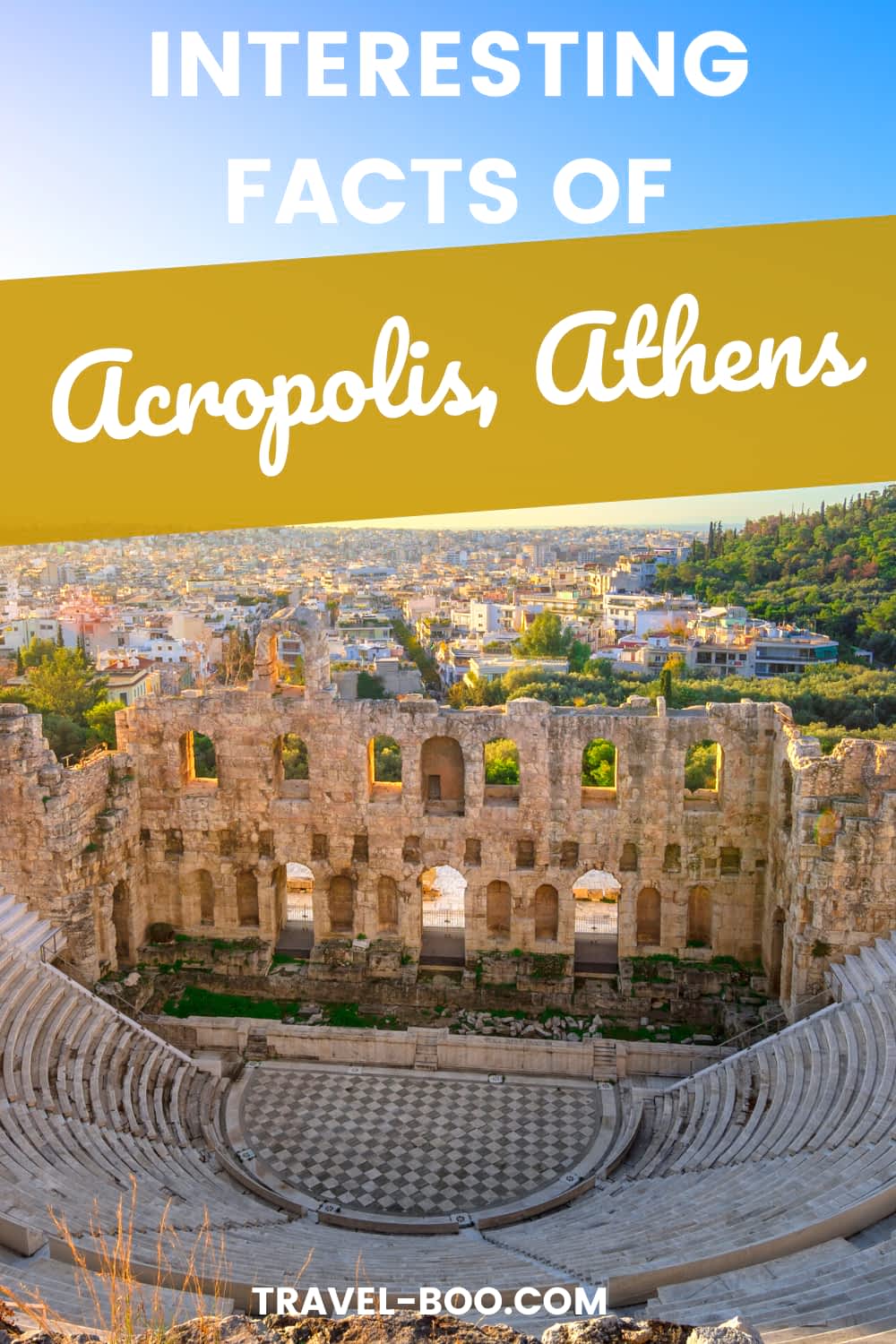 How to get between Mykonos and Santorini

How to travel to Mykonos from Athens

Island hopping on a budget in Greece

Amazing things to see & do in Chania

The very best beaches to explore in Crete

Planning a trip to Greece in October: all the weather info you need 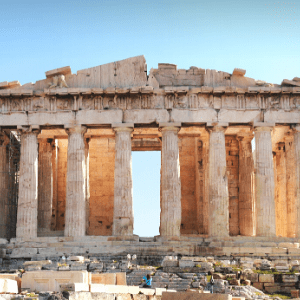