Should you tip in Spain?

On our last Spanish getaway, visiting the Catalan capital we pondered this exact same question. What exactly does tipping in Barcelona, or Spain in general for that matter entail. And I know you may be wondering the exact same thing.

This is why I’ve decided to put together this comprehensive guide on tipping in Spain, to answer all your Spanish tipping questions!

Do You Tip in Spain?

To tip in Spain is not customary practice. However, Spain tipping etiquette varies depending on the situation. Leaving someone who’s served you feeling under-appreciated is not something you want to take part in. So, make sure you’re clued up on Spain tipping before your trip.

Whether you’re travelling around Barcelona for the first time or living your best life in Madrid, here’s everything you need to know about giving tips in Spain.

Do You Need to Tip Your Spanish Tour Guide?

Unlike many of the other tipping customs in Spain, it is actually expected that you tip your tour guide after a full day of sightseeing. Many of them depend on tips to help supplement their income.

If you’ve experienced great service from your tour guide, each member of the tour group should tip the guide between ten and fifteen Euros. Many tour guides work independently in Spain, so it’s important to show them they’re appreciated. Especially when they’ve gone the extra mile to  show you all the very best hidden gems in Spain.

Spain has incredible tours that can make your whole trip worthwhile, so be sure to book at least one or two during your stay.

Do You Tip Waiters in Spain?

Whether or not you tip your waiter in Spain depends on the type of dining establishment you’re indulging in. Tipping in Spain restaurants differ depending on whether you’re in a cafe or restaurant.

It’s important to know that waiters do earn salaries in Spain, so it’s unnecessary to tip extravagantly. When paying for your meal with a credit card, try to tip separately in cash as servers often don’t receive credit card tips.

Here are the general rules for Spain tips.

Tipping in a Cafe

If you frequent a cafe in Spain, no tip is expected. The general rule of thumb is that if you are ordering a pre-prepared meal, takeaway, or light snack, there is no need to tip the server. If you feel that your server was extremely helpful and went out of their way to help you, then tipping is acceptable. In this case, it’s best to leave a few coins on the table on your way out.

If you feel that your particular server offered service unlike anywhere else, then round up your bill to the nearest Euro. Do note that this is not expected, and need only be done in exceptional cases.

Tipping in a Restaurant

If you’re ordering a light meal at a restaurant, it’s not usual to tip. At upscale restaurants, you can tip up to 10% of the bill when the service is great. This is especially expected if there are quite a few people at the table.

Should You Tip Bartenders in Spain?

Bartenders do not expect to be tipped in Spain. Some may even refuse your tip. However, if a bartender provided you with table service, that is a completely different story. This means they went out of their way to serve you. In this case, you should round up your bill to the nearest Euro.

Do You Tip Taxi Drivers in Spain?

Tipping cab drivers in Spain is not expected, but it is appreciated if you’ve experienced exceptional service. Usually, travellers will round their taxi fare up to the nearest Euro, or tip 10% of the final fare if their driver was extraordinarily helpful.

Most drivers charge a bag fee, so there’s no need to tip your driver extra for carrying your luggage if you’re coming straight from the airport.

Are You Supposed to Tip Room Service in Spain?

If you experienced particularly great room service, then tipping one or two Euros is always appreciated. For hotel cleaning services, it’s customary to tip two to three Euros at the end of your stay (note that this is not every day, but rather when you’re leaving the hotel).

How to Tip a Doorman or Bellhop in Spain

Porters aren’t as common in Spain as they are in many other European countries, but if there is someone to carry your bags, tipping them is the right thing to do. Giving them one Euro for every bag they carry for you is the usual tipping method for this sort of service.

If the doorman doesn’t help you with your bags or go out of their way to assist you, a simple thank you is enough. There will be no tip expected in this sort of situation.

How to Tip a Concierge Service in Spain

Many of the hotels in Spain have a complimentary concierge service to help you book restaurant reservations and tours around the area. When making use of this service it’s important to tip. These tips are generally between five and ten Euros, depending on the amount of time and effort they’ve had to put into making the booking.

How to Tip for a Massage or Spa Day in Spain

No tip is expected for these sort of luxury expenses, but tips are generally accepted if you feel like the people providing the service went above and beyond. In this case, feel free to tip up to 10% of the final bill.

How to Tip a Stylist in Spain

Tipping is not expected when it comes to stylists in Spain. However, it will be appreciated if you feel they’ve done a wonderful job. If you’re truly happy with the results, feel free to tip up to 10% of the final bill.

How to Tip for Deliveries in Spain

If you are staying in a self-catering apartment or hotel, and need your groceries delivered, it’s considerate to tip one or two Euros. If the apartment is particularly difficult to get to, you’ll need to tip a little extra.

Tipping for Other Services in Spain

If you’re staying in self-catering accommodation and need to call out a plumber or electrician, you’ll need to tip them a little extra. Five Euros is an acceptable amount in this instance.

Has a Tip Been Automatically Added to the Bill? 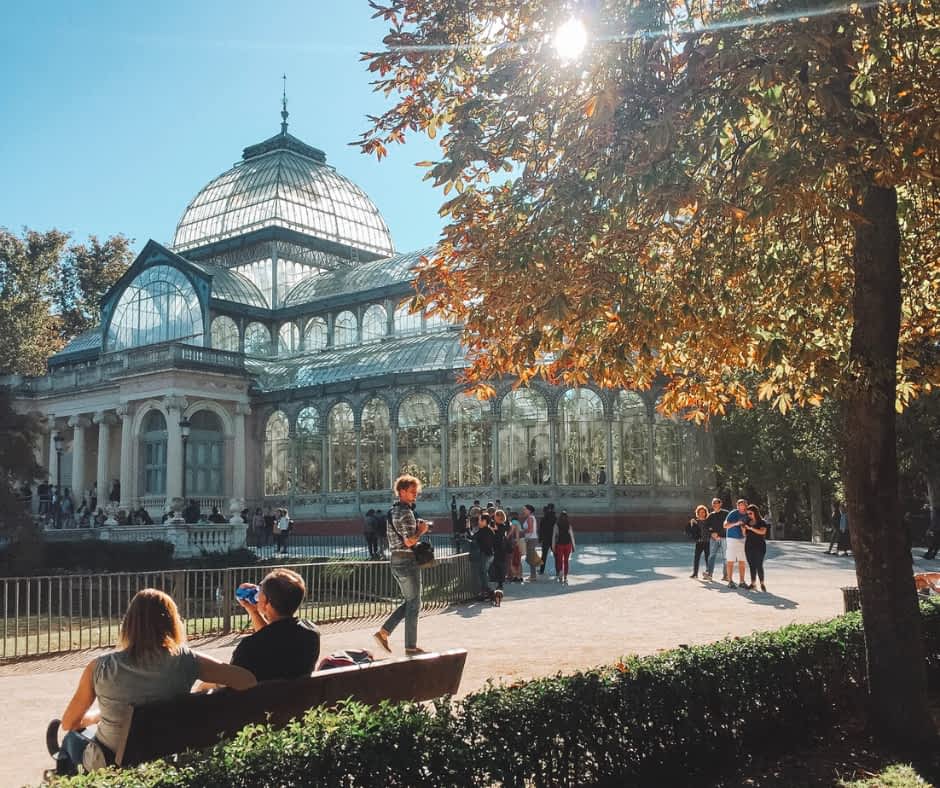 In very rare cases, a tip will automatically be added to your bill. If you’re confused as to whether this has happened or not, it’s best just to ask. But don’t assume that it has, as it doesn’t happen often.

Some restaurants in Spain do charge what they call a ‘pan’ charge. This is a charge for the bread basket and is done to ensure a minimum amount on the bill. It’s charged per person and usually happens in restaurants where the sharing of dishes is common.

You may also see something called I.V.A which is around 10% of the bill. This is V.A.T (sales tax) and not to be mistaken for a tip.

How to Say Tip in Spanish

If you are trying to give someone a tip in Spain, you’ll need to know the right words to use, especially in situations where a tip is not expected. “La gratificación” is how you would say gratuity in Spanish.

Learn to say it before you head to Spain as it may come in very handy along the way. Learning the basics of Spanish also shows a certain level of respect to the locals and makes communication go a whole lot smoother.

Are you planning on travelling to Spain in the near future? Be sure to take out travel insurance to ensure there’s no money lost along the way.