How to get from Athens to Mykonos, Greece

Visiting Greece and wondering how to get from Athens to Mykonos? We’ve got you covered!

On our first ever trip to Greece we decided to fly into Athens and spend a couple of nights exploring the city before heading onwards to discover the gorgeous Cyclades Islands.

We spent a glorious 3 days exploring all the incredible sights of Athens, such as the ancient Acropolis, the Temple of Zeus, Syntagma Square, and much more!

With our first stop after Athens being Mykonos, honestly one of the best islands in Greece worth visiting, we were looking at exactly how best to travel from Athens to Mykonos.

In this guide I’ll outline exactly how you can do so too by travelling either by ferry or by air.

Flights from Athens to Mykonos

First and foremost, you may consider flying to Mykonos from Athens given that the actual flight time of 40 minutes is fairly short.

Aegean Airlines offers almost daily flights and during the peak summer months, whilst Volotea and Sky Express also operate but on a more limited scheduled compared to Aegean.

I love using sites such as Expedia or Skyscanner to compare the various flight schedules and to book the best option for me.

During the summer months especially, you’ll find more flight availability as airlines ramp up their flights to cope with the tourist season demand.

Although an Athens to Mykonos flight may sound like the best option, you do need to factor in the total travel time when considering whether this is a viable option.

I say this simply for the fact that you’ll need to put aside time to travel from the city centre to the airport, then check-in, pass security, travel and collect luggage on the other. So, all things considered, flying from Athens to Mykonos may end up taking far longer than say catching a ferry over to the island.

Tip: To beware when booking your internal flights and make sure to check whether or not checked luggage is included. Many European carriers offer heavily discounted fares that exclude luggage. So you’ll need to compare the various fares structure to see what works best for you.

Getting from Athens to Mykonos by ferry is probably the most popular option that most holidaymakers to Greece settle on. And, it’s exactly this method that we also chose for our trip.

On the off-peak season you’ll usually find far less ferry departures with only a handful departing each day. In comparison, during the peak season you’re likely to find more than ten daily departures travelling from Mykonos to Athens and vice versa.

A one-way ferry ticket currently costs anywhere from €20 and upward in price, depending on the ferry booked. On the fastest ferry of two and a half hours you can expect to pay around €60.

When travelling on the Athens to Mykonos fast ferry (and likewise on the return Mykonos to Athens fast ferry) service you can expect the journey time to last roughly 2 hours 35 minutes, whereas the slower ferries can take up to 5 hours to complete the same journey.

Ferry ports in Athens and Mykonos

When travelling from Athens to Mykonos by ferry, you will have the option to depart from one of two Athens ports that service this particular routing. These include Piraeus as well as Rafina.

Piraeus is by far the busiest of the two ports and this is the one that we departed from. To get to Piraeus port you can do so by either travelling by taxi, by metro (taking the green line) or by bus. Personally, we didn’t want to feel rushed and decided to take a taxi which worked out perfect for us. We stayed centrally in the area of Plaka, and the taxi ride took around half an hour to get to Piraeus port from there.

The Rafina Porto is located a bit further out compared to Piraeus and to get here you’ll have to either take a taxi or make use of a local bus service.

Don’t waste any time by jumping between different ferry company websites. Rather make use of comparison booking sites such as Ferryhopper.com or Letsferry.gr, through whom you can compare and book the various options.

Still need to firm up your accommodation for both Athens or Mykonos?

We booked into the 3* Central Hotel in Athens in the Plaka neighbourhood. The hotel was a good quality option and located in the perfect spot, allowing you to exploring much of Athens on foot. But the best feature of this hotel has to be the rooftop bar with its incredible views out over Athens and more importantly the Acropolis. At night when the Acropolis is lit up it is absolutely mesmerizing.

In Mykonos we stayed in the gorgeous Aether Boutique Stay, where Athena and her husband provided the best hospitality that we have ever come across. I loved the minimalist and clean look of this boutique hotel and even though it’s not in the heart of Mykonos, it’s perfect to get to and from the old town and the beaches too with a bus stopping right outside. I can definitely recommend a stay in Mykonos here.

Looking for alternative options? Browse through the links below to compare availability and rates for both Athens and Mykonos.

If like me, you also like to have your own space, then why not consider booking an Airbnb in Mykonos or Athens instead.

What to do – Mykonos Tours & Activities

Looking for inspiration on what to see and do when visiting Athens or Mykonos? Browse through the various tours & experiences on offer in each location. Click here to view Athens Tours & Activities. View available Mykonos Tours & Excursions here. 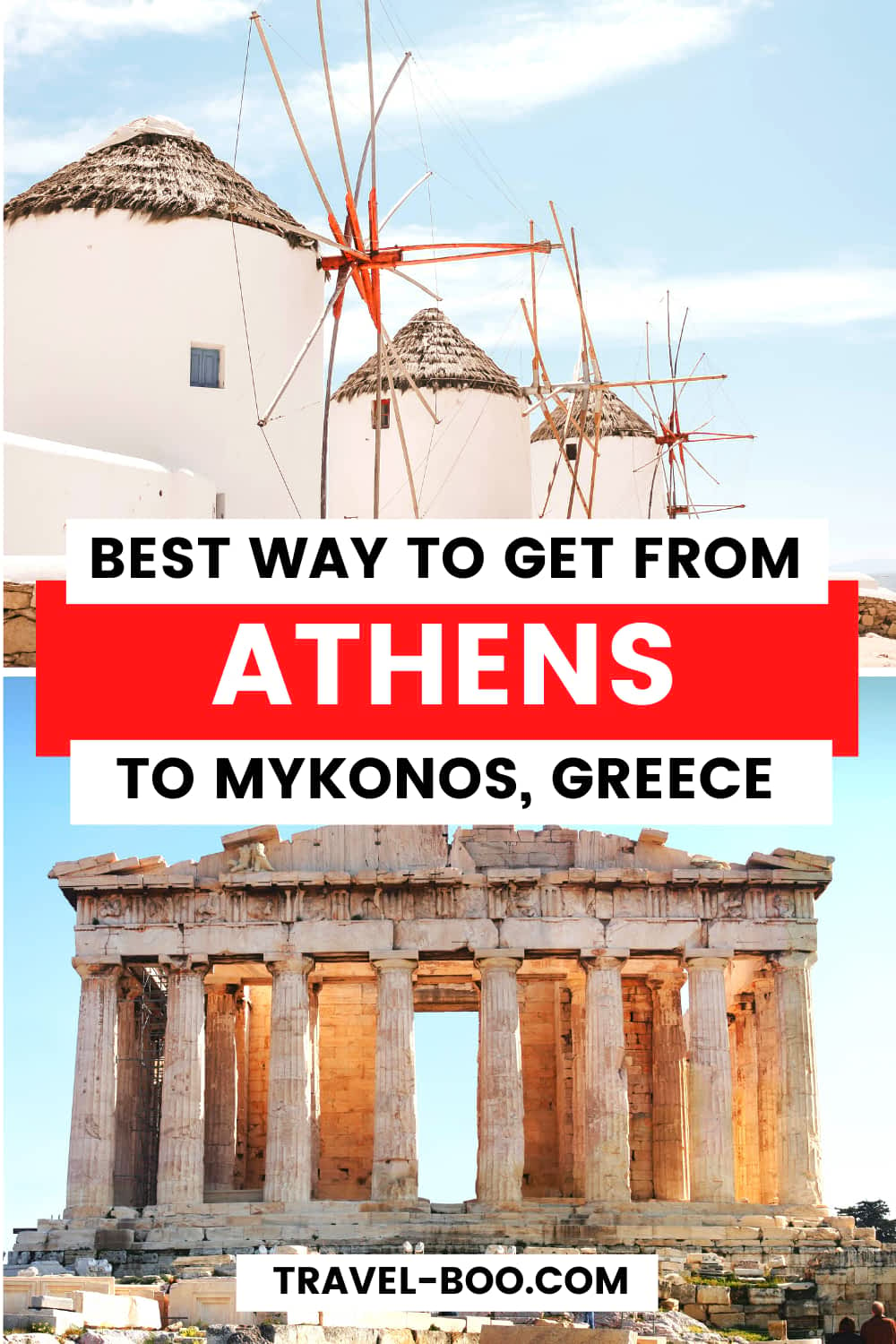 Island hopping on a budget in Greece

The top beaches in Crete worth visiting

The best things to do in Chania, Crete

Weather in Greece in October 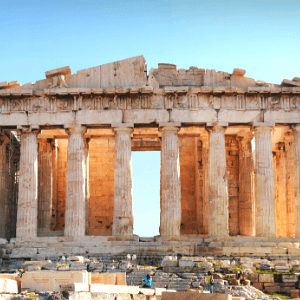 One thought on “The best way to get from Athens to Mykonos, Greece”