How to get from Lisbon to Cascais, Portugal

Referring to Cascais as the Monte Carlo of Portugal may well be a tad indulgent, but this stunning coastline with its glorious beaches, imposing mansions and beautiful seaside towns and villages, is nevertheless regarded as the Portuguese Riviera.

Cascais certainly has a flair and elegance to it and it is probably due to its unique coastal charm and character that this region (including neighbouring towns, such as Estoril) used to be the preferred summertime residence of Portuguese nobility and even had royals and spies staying here whilst the rest of Europe was at war.

You may be asking; how exactly do you get from Lisbon to Cascais?

Well, this entire stretch of coastline is just a short hop, skip and jump from Lisbon and in this post, I will outline exactly how to get from Lisbon to Cascais, making for a perfect day trip to Cascais!

Best way to get from Lisbon to Cascais:

The distance from Lisbon to Cascais is only about 30 – 35 kms which means that it’s a popular day trip from Lisbon for both locals and tourists alike.

By far, the most popular way to get to there is to simply travel by train from Lisbon to Cascais.

Of course, there are other options available too. As such I’ll delve into more detail below, detailing each mode of transport to help you plan out your route.

Lisbon to Cascais by train:

Travelling by train from Lisbon to Cascais is the preferred mode of transport for most visitors to the region. The train departs from Lisbon’s Cais do Sodré train station, which also happens to be connected to the green metro line.

The Lisbon to Cascais train timetable can be found on the CP website (Comboios de Portugal which is the national rail services, through whom you can book your tickets). Trains run frequently and depending on the time of day, there is a train between every half and hour to every 12 mins during peak times.

The Lisbon to Cascais train journey normally takes 40 minutes (although during peak times the journey could be as quick as 33 mins with fewer stops made along the way).

If you’ve already bought a rechargeable metro card to use whilst visiting Lisbon (a Viva Viagem card), then you can simply add a top up value and use the zapping option. No need to buy a separate ticket. You just need to ensure the stored value on the card will cover the cost. A one-way journey to and from Cascais costs €2.25.

If you haven’t got the Viva card, then you can buy one at the train station, no problem! There are plenty of ticket machines, although it’s worth noting that during the peak summer period this route is extremely popular and queues at the ticket machines can get quite long.

Top Tip: If you have a metro station closer to where you are staying in Lisbon and it’s not as busy, then rather purchase your metro card and top up from there, instead of doing it at Cais do Sodre. That way you don’t have to worry about queuing at the station itself and can head straight for the train!

It is also important to note that these trains get very crowded, especially during summertime. You may end up on a train with standing room only. If you head out a bit earlier in the morning on the weekends then you’ll likely avoid the packed trains.

Some trains also have air-conditioning but in the heat of summer, it really doesn’t help much and the train journey can end up stifling hot. So, ensure you take some water along to keep hydrated. It sounds like a strange thing to say, but you’ll thank me later!

The Cascais train station is also situated in the perfect spot. Once you exit the station’s main entrance, you simply need to cross the street and you are right in the heart of the Cascais town centre.

In all honesty, travelling from Lisbon to Cascais by bus just isn’t a viable option. In fact, I don’t know of anyone who has ever tried this route.  It would take far longer to reach, making the direct Cascais Lisbon train route a more logical option.

Travelling to Cascais by car:

If you happen to be renting a car and wanted to rather drive, then I would suggest you taking the N6 scenic seaside route (Avenida da Marginal). This is a lovely drive (approximately 30 minutes) that snakes all along the coast passing by the various beaches, gorgeous mansions and towns found in this area.

There is the alternative of travelling on the A5 highway (this is a tolled highway), being a slightly faster route. But you don’t get any sweeping sea views here.

Do keep in mind though, travelling by car may pose a challenge in terms of finding parking. There is limited parking in Cascais which may make this option slightly trickier. There are parking meters but not many, so if you are struggling to find space, look out for the public parkades that offer paid parking by the hour.

Travelling to Cascais from Lisbon by taxi:

If you wanted a more hassle-free option and don’t mind paying a slightly higher fare, then traveling by taxi may be another option for you to consider. There are many cab services operating in Portugal, including Uber, Bolt, Kapten and Free Now, to name a few. You could expect to pay anywhere between €20 – €30 for a one-way journey. If you are travelling as a group, then this may not work out all that expensive.

For tips on how to save on your taxi/cab trips, go check out my post on Top Money Savings Tips For Travel in Portugal. Here I’ll give you some handy tips as well as discount codes that you can use to save even more on your cab ride to Cascais!

From Lisbon Airport to Cascais:

When landing at Lisbon Airport, the quickest route from Lisbon Airport to Cascais is probably by transfer or taxi service. A private airport transfer will cost around €45 and take about 35 mins.

If you prefer an organised day tour with a guide and want to explore Cascais this way, then there are a host of different day trip tours from Lisbon to Cascais that you can choose from. Have a look at these tours & activities that you may want to consider booking.

Where to stay in Cascais:

Don’t be fooled. Cascais doesn’t only have to be a day trip. Here are a few Cascais hotels you may want to consider if you wanted to extend your stay in Cascais and spend a few more days happily exploring everything this area has to offer.

I have to confess; I never get tired of visiting Cascais. It has such a wistfulness and elegance and surprises me every time we visit. It’s bright, sunny and relaxed and even if it’s just to escape the hustle and bustle of Lisbon city life, this definitely is our go-to seaside retreat. We always return from Cascais to Lisbon feeling recharged and re-energised!

If you’re visiting Lisbon for a couple of days then I would highly recommend you plan a trip to Cascais. I hope you found this article informative and as always, I’d love to your experience of visiting. Feel free to comment and share your insights of travelling to Cascais! 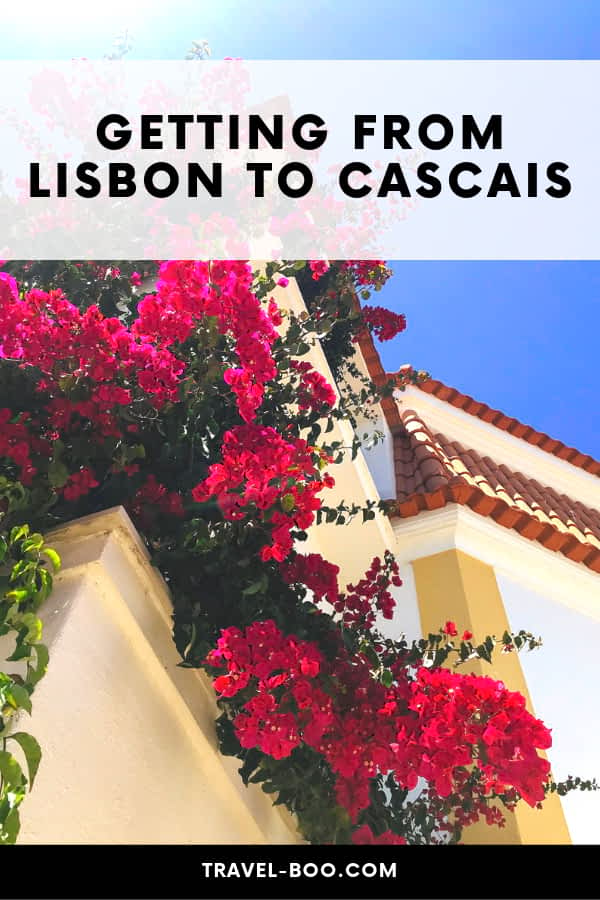 How to get from Lisbon to Obidos

Getting from Lisbon to Lagos

Getting from Lisbon to Évora

Travelling from Lisbon to Fatima

Travelling from Lisbon to Albufeira 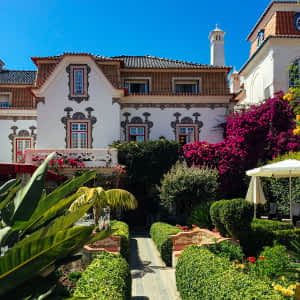